These works are part of a series that draws on both computer technologies and handcraft, and reflects a continued emphasis on the physical art-object. The imagery and forms are often appropriated and then configured to politically and socially subversive effect. The objects and images refer to those of daily life, including children’s games, advertising, and television news; materials are carefully chosen to underscore this reference. The pieces sometimes take the form of “products” to be consumed, or of objects which are intended to be used: circulation and exchange become important to the post-gallery life of these works. This body of work utilizes the tactics of advertising and the visual language of products—games and collectibles—to draw the viewer into its underlying subversive content. This approach is supported by the careful craftsmanship and formal grace of the objects, which seek to seduce the viewer into a state of consumerist desire. The satisfaction derived from these seemingly domesticated objects, which in fact are entwined with uncomfortable political and social content, creates a complicated relationship between the viewer and the subject matter. 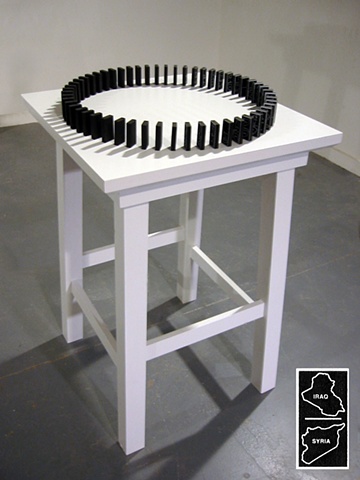 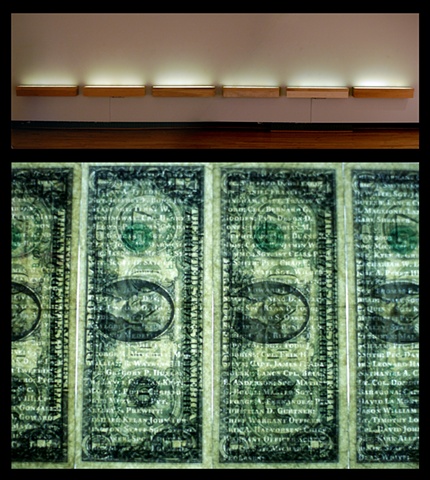 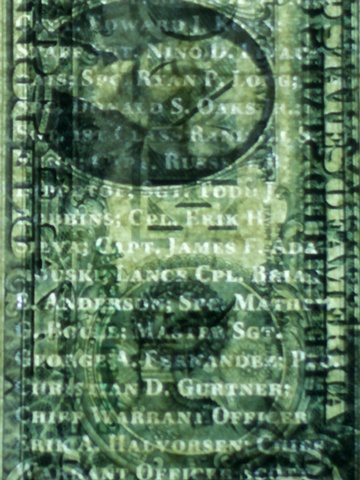 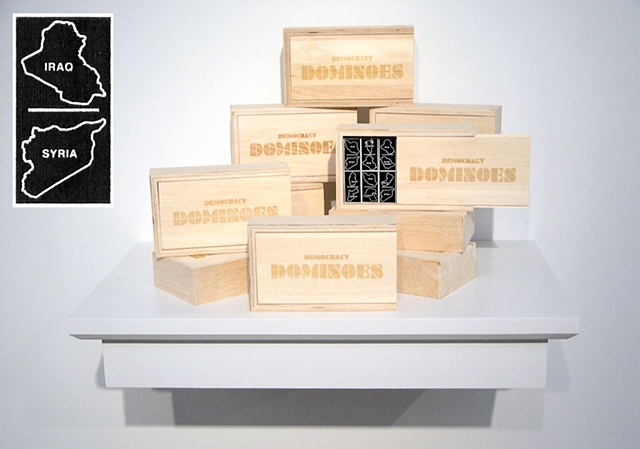 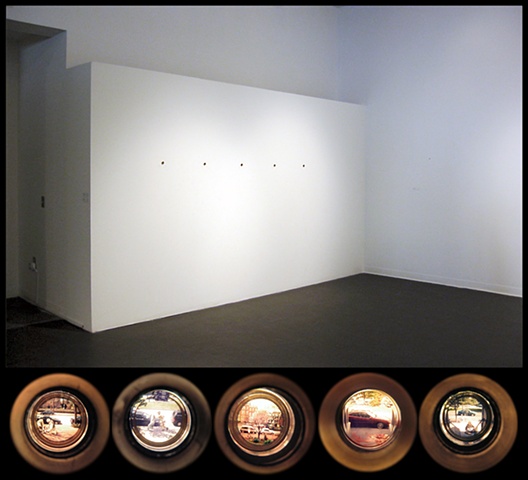 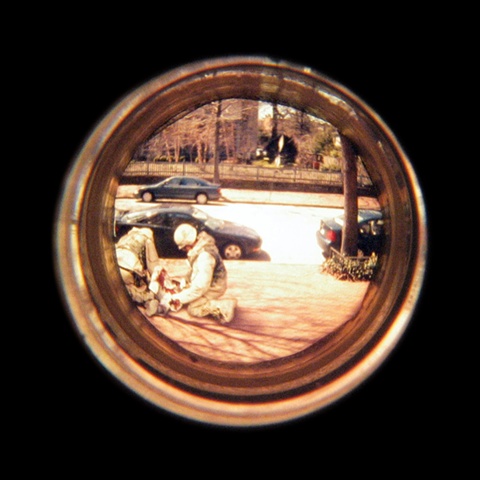 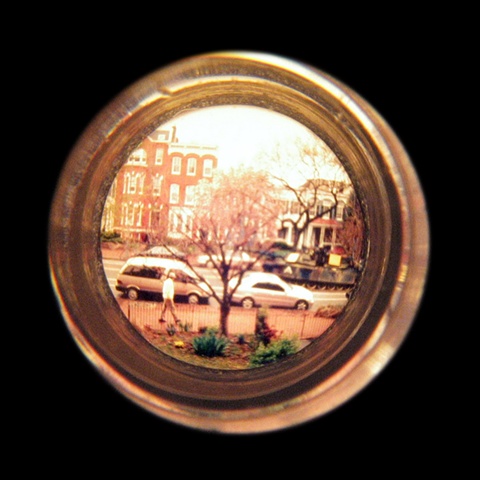 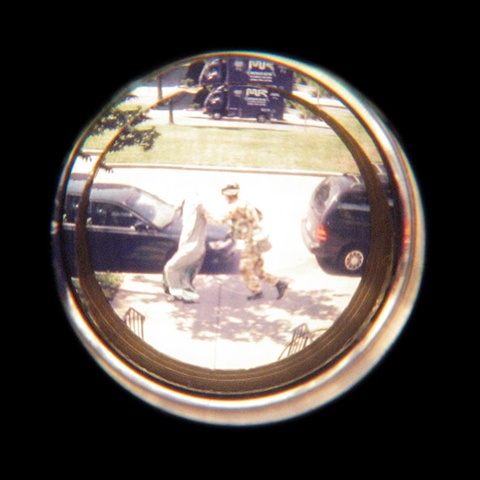 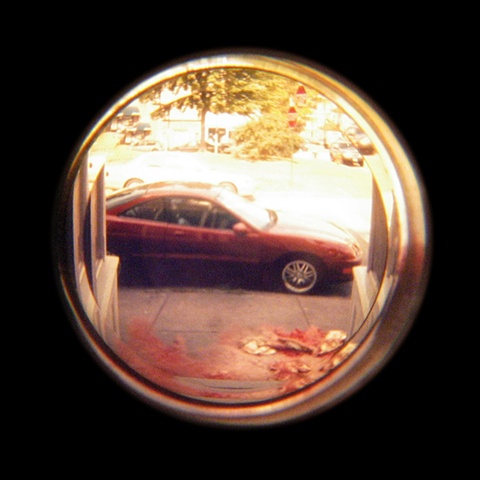 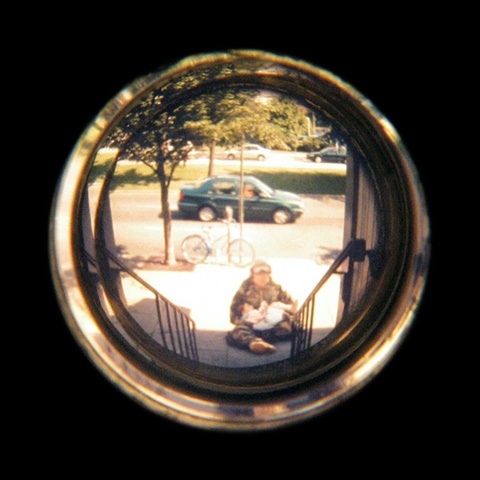 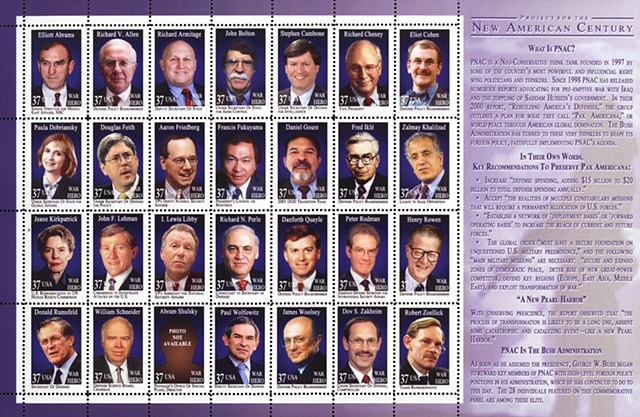 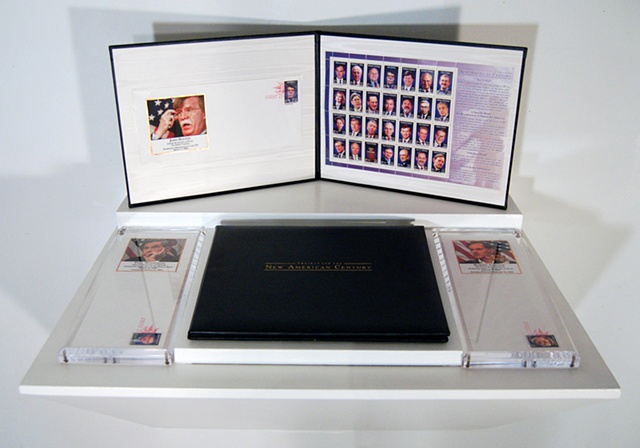 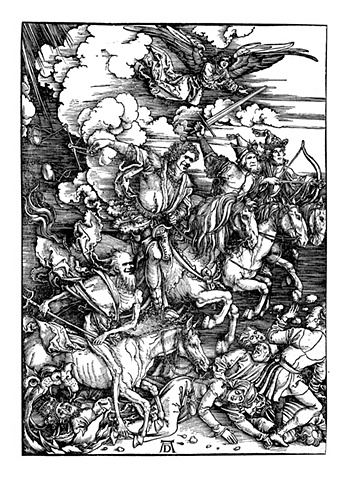 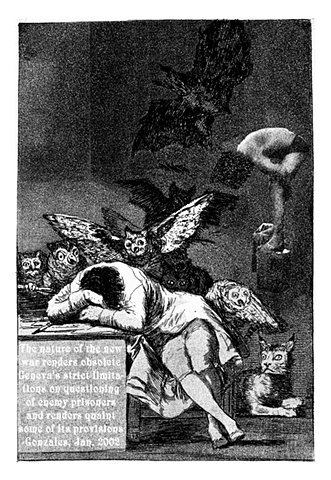 Sleep of Reason (after Goya) 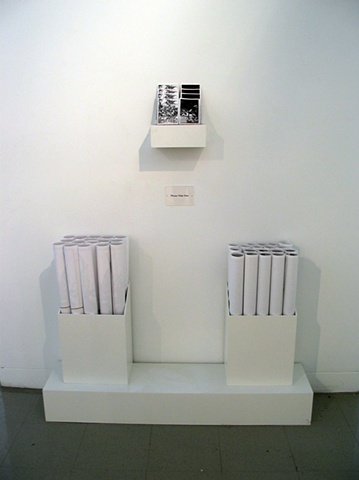